Bernard Rudofsky was neither an architect nor a theorist in the usual sense. At the start of his career he completed a number of houses in Italy and Brazil, where he employed the formal language of the Modernists even though his writings appear to indicate he rejected their teachings.

From the 1940s onwards, Rudofsky was primarily engaged as a critic and culture theorist who did not just write about architecture and design, but also on topics such as clothing, shoes, eating and bathing. The common element behind all of these activities, though, was the human body, and his lamentation of the loss of sensual awareness.

This comprehensive show on Bernard Rudofsky provides detailed information on his life, his travels, his various activities as an architect, designer, exhibition-maker, author and theorist, as well as about the life he shared with his wife, Berta Rudofsky.

Bernard Rudofsky made a large number of exhibitions during his widely travelled and cosmopolitan life, however there has never been an exhibition about him and his work. This exhibition, the first on Bernard Rudofsky in the world, has not been conceived as a classical retrospective. The aim is to make the cosmopolitan Rudofsky’s complex architectural concept and concept of how to live accessible to a broad public, and to address his relevance for today. 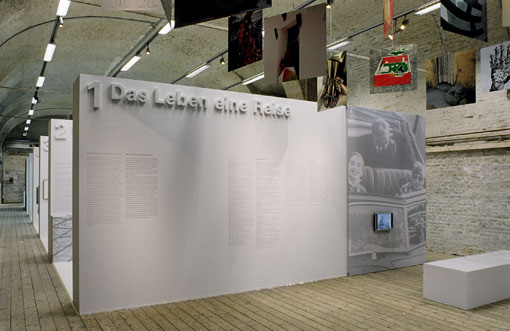 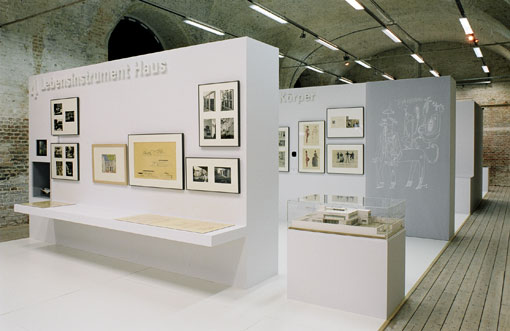 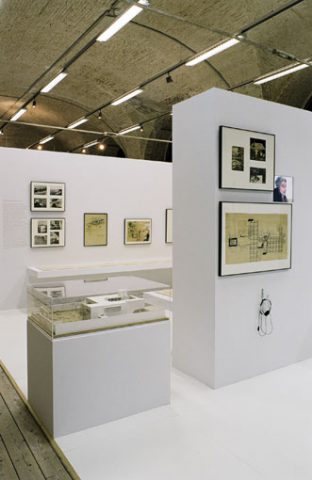 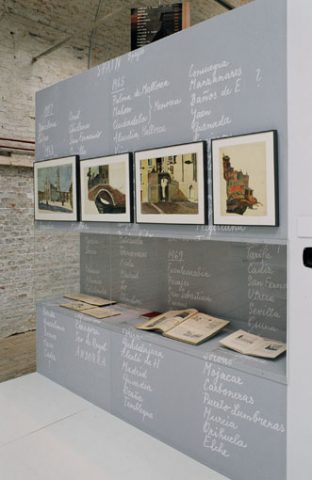 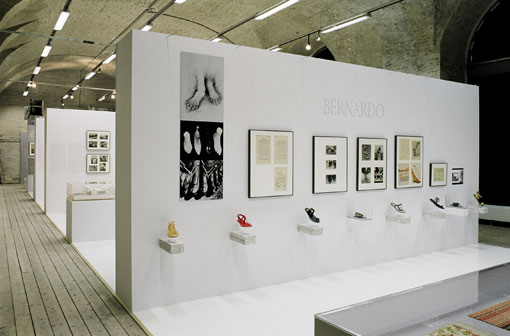 BERNARD RUDOFSKY (1905–1988)
1905 Born April 19 in Zauchtl (Suchdol nad Odrou), Moravia (now the Czech Republic)
1906 Moves to Vienna
1918–22 Attends secondary school on Henriettenplatz, Vienna
1922 Enrolls in the Technische Hochschule, Vienna
1923 Visits the Bauhaus exhibition in Weimar
1925 Travels in Bulgaria and Turkey
1926 Travels in Switzerland, France, and Italy
1927 Travels in Italy
1928 Graduates from the Technische Hochschule with a degree in construction engineering and architecture
1928–30 Works at the office of Otto Rudolf Salvisberg in Berlin
1929 Travels in Bulgaria, Turkey, and Greece (Santorini)
1930–32 Works at the office of Theiss & Jaksch in Vienna
1931 Receives Ph.D. from the Technische Hochschule; dissertation (under Siegfried Theiss and Franz Krauss) on construction and dating of an early concrete structure on the Cyclades
1932 Moves to Capri; begins collaborating with Luigi Cosenza
1934 Meets his future wife, Berta Doctor, on Ischia
1935 Moves to Procida and begins planning a house there; plans (with Luigi Cosenza) Casa Oro in Naples
1935–36 Makes first trip to the United States; marries Berta Doctor in November 1935 in New York City
1936 Birth of son Peter, who died in 1938
1937–38 Moves to Milan; editor at Domus magazine (issues 122, 123, 124)
1938 After Hitler invades Austria, Rudofsky leaves Italy for South America, living in Buenos Aires, Rio de Janeiro, and, from December onward, São Paulo
1938–40 Designs furniture and fabrics for Casa & Jardim, São Paulo
1939–40 Completes Houses Hollenstein (Itapetirica), Frontini, and Arnstein (São Paulo)
1941 At the invitation of the Museum of Modern Art, New York (MoMA), travels to the United States as one of the Latin American prize-winners (for garden furniture designs) of the Organic Design Competition; moves to New York City
1942–43 Associate editor and art director of the journal Pencil Points
1944 Exhibition Are Clothes Modern? opens at MoMA
1946–49 Editor and manager (from 1947) of the journal Interiors
1946–64 Bernardo Sandals are mass produced (by Aldo Bruzzichelli)
1947 Are Clothes Modern? is published
1948 Granted U.S. citizenship; makes first postwar trip to Europe
1949–50 Designs (with Costantino Nivola) the Nivola House-Garden in Amagansett, New York
1951 Drives to Mexico
1955 Behind the Picture Window is published; makes first trip to Japan
1956 Exhibition Textiles, U.S.A. opens at MoMA; Bemis Visiting Lecturer at MIT
1957–58 Designs (with Peter Harnden) the U.S. pavilion at the Brussels World’s Fair
1958–60 Travels to Japan as a Fulbright Scholar; research professor at Waseda University, Tokyo
1960–65 Consultant to Department of Architecture, MoMA; conceives the following touring exhibitions: Japanese Vernacular Graphics; Roads; Stairs; Antoni Gaudí; Architecture Without Architects (the latter toured for eleven years and was shown in more than eighty venues around the world)
1961and1965 Visiting professor at Yale University.
1962–64 Builds a garden for James Carmel in Grosse Pointe, Michigan
1962–76 Writes for the periodical Horizon
1963, 1964, 1971 Receives Guggenheim Memorial Award
1965 The Kimono Mind, written during a nine-month stay on Hawaii in 1959, is published
1969 Streets for People is published
1969–71 Designs and builds La Casa his home, in Frigiliana, Spain
1971 The Unfashionable Human Body is published
1973–81 Lectures and acts as visiting professor at universities and institutions in the United States and abroad (in Pittsburgh, Los Angeles, Minneapolis, Copenhagen, Tokyo, and other cities)
1977 The Prodigious Builders is published; Rudofsky visits Vienna for the first time since 1932, to receive the Joseph Johann Ritter von Prechtl Medal from his alma mater, the Technische Hochschule
1979–81 Smithsonian Scholar in Residence at the Cooper-Hewitt Museum, New York; awarded Medal of the American Institute of Architects for his writings
1980 Exhibition Now I Lay Me Down to Eat opens at the Cooper-Hewitt Museum, New York; exhibition catalogue is published
1982,1983,1984 Research grant from and Senior Fellowship at the National Endowment for the Arts
1984–86 Travels to India as a member of a development programme to promote handcrafts. The results are shown in the exhibition Golden Eye at the Cooper-Hewitt Museum, New York
1986 Awarded City of Vienna Prize for Architecture
1987 Exhibition Sparta/Sybaris opens at the Austrian Museum of Applied Art, Vienna; Sparta/Sybaris exhibition catalogue is published
1988 Dies March 12 in New York City

BERTA RUDOFSKY (1910–2006)
Berta Doctor was born on May 9, 1910, in Vienna, where she grew up in the 13th District. Her father was an electrical engineer at Siemens-Schucker and an excellent pianist; her mother, Therese, was a soprano. Influenced by her parents, after matriculating from the local secondary school on Wenzgasse she went on to study musicology at Vienna University. Due to her father’s early death and her mother’s poor health, she was forced to take care of herself at a young age. After her mother died, in the early 1930s, Berta led a life that was unusually independent and free for a young woman of that time. In 1934, Berta met Bernard Rudofsky on Ischia during a trip to Italy, and in 1935 they moved into an apartment together on the island of Procida. They married in November of the same year at New York City Hall, with the ceramicist Vally Wieselthier as their witness. The couple’s only child, Peter, was born in 1936 and died at Como two years later. Berta Rudofsky was not just a wife and eyewitness; in her capacity as a co-worker, traveling companion, manager, driver, translator, sandal-producer, teacher, editor, model, muse, and, after Bernard’s death, administrator of his estate, she participated anonymously in the work of her husband in a wide variety of ways. After Bernard died, in 1988, Berta Rudofsky lived alternately in Vienna, New York, and Frigiliana (Spain). Berta Rudofsky died on June 22, 2006, in Vienna.