The South African system of apartheid, and with it the white ascendancy, came to an end in the first free elections, held in 1994 under President Nelson Mandela. 10 years later South Africa is on the difficult path towards democracy in a multi-ethnic state.

The exhibition Jo´burg Now at the Architekturzentrum Wien takes a look at the metropolis of Johannesburg, which can be seen as a microcosm of the whole country, also as an illustration of a kaleidoscope comprising the past and the future.

One part of the exhibition, previously shown at the 5th Architecture Biennial in Sao Paolo in 2003 by a local team of architects, presents the development of the city along with its peculiarities and its contradictions. A detailed portrait of the exciting history of Johannesburg is provided on large scale panels, photo-essays and documents.

The second part of the exhibition shows two projects recently completed in Johannesburg by the department for housing and design at Vienna University of Technology. Under the guidance of the architects Peter Fattinger, Sabine Gretner and Franziska Orso, 25 architecture students have developed two social projects for the Orange Farm township on the Johannesburg periphery. The students built both buildings with their own hands during a five-week stay.

The building process is documented on numerous video clips and sequences of photographs, providing an insight into Orange Farm township. An installation by the participating students in the Az W courtyard clearly shows the inequality in the living conditions of the black and the white inhabitants of Johannesburg.

Opening of the exhibition: Alfred T. Moleah, Ambassador of the Republic of South Africa in Austria
Guest of honour: Peter Sellars

A few views of the exhibition “Jo’burg Now!” in the Az W´s Old Hall. 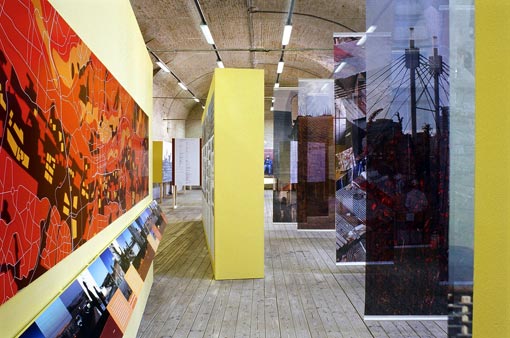 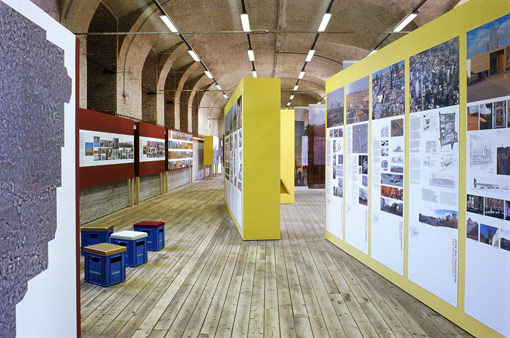 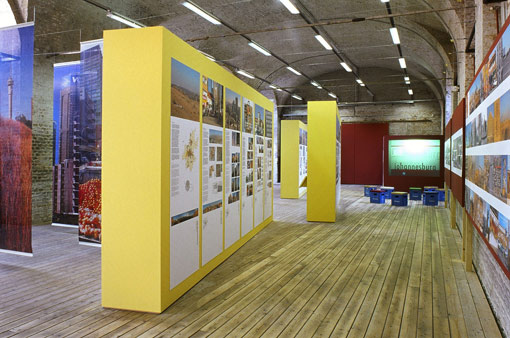 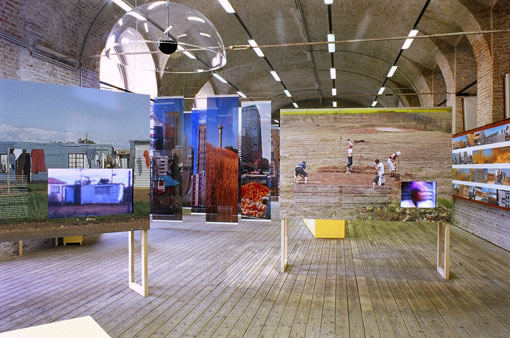