The mangrove forests of Cambodia are an important source of sand for Singapore. However, the ecosystem and the local community’s way of life, as well as the protagonist’s own home, are all threatened with destruction. 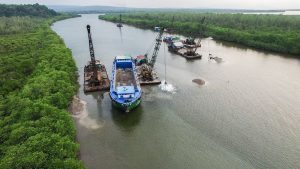 In the Amadiba region of the South African Wild Coast, Nonhle, a committed supporter of the Pondo, has been fighting alongside her community for years against a planned titanium mine that poses a threat to the environment, to local livelihoods and to the culture of the region.

The video shows an archive of sculptures made from various plastic materials found on the seashore, juxtaposing them with archaeological and cultural artefacts. The objects, connected by an astonishing similarity, are alternated with passages of text by various authors that break down the complex problem of the climate crisis and make it collectively solvable. The reflection on a meaningful contribution made by architecture begins at a critical distance. The conscious selection of a single material allows us to pose the decisive question of our time. Why aren’t we doing anything? 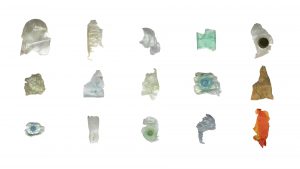 Filmstill aus „After all, the culture of Nature“
©