The exhibition of the work of French architect Dominique Perrault, developed especially for the Az W, shows four current projects at four different locations that are at the construction or planning phase: the two high-rise towers for Vienna in the Donau-City, the Mariinsky Theater in St. Petersburg, the Ewha Campus Center in Seoul and the Olympic Tennis Center in Madrid. Perrault’s conceptual starting point that has developed as a consequence of his earlier work is explained on the basis of these exemplary projects.

Conceived in close relationship to their surroundings, his buildings represent additional functional and spatial proposals in the urban context or form new urban landscapes – “CityLandscapes”. Often, in the areas between the characteristic building envelopes and the building elements, Dominique Perrault’s buildings also offer concrete intermediate spaces as a continuation of public space. The continuous development of these building envelopes, generally using permeable skins made of textiles or metal mesh, reveals Perrault’s fascination with technical progress and its application in architecture.

The projects are presented using videos (most of them shown for the first time), models, photographs, plans and drawings of the different planning phases. The four central models at a scale of 1:200 were produced especially for the Az W exhibition. In addition an intervention by Dominique Perrault will extend the exhibition into the Museumsquartier site, and the courtyard in front of the Az W exhibition hall will be used for a spatial installation.

With the kind support of the French Institute of Cultural Affairs

A few views of the exhibition ‘Dominique Perrault Architexture. Meta-Buildings” in the Az W´s Old Hall. 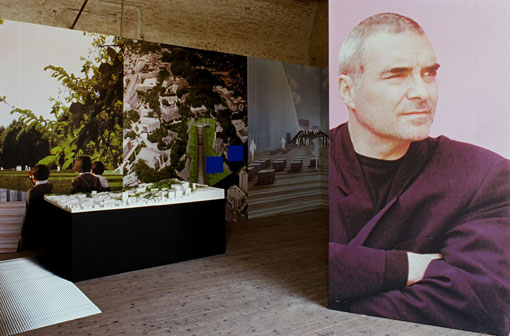 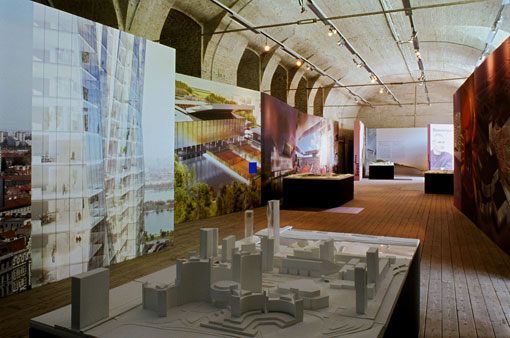 In the front: Vienna DC Tower 1 and 2
© Pez Hejduk 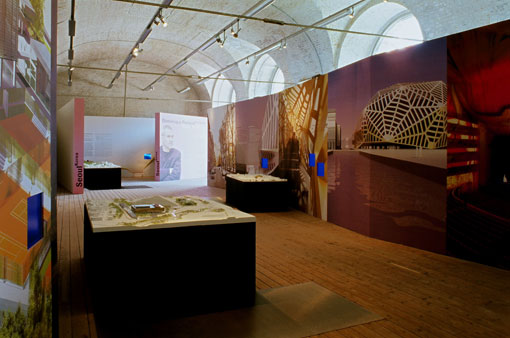