Discussion in German, unfortunately there is no English translation.

At the end of May the master plan for the site at Aspern Airfield was ratified by the Vienna City Council.
The first enterprises are to open premises on the former-airfield in 2008, with the first 8,500 new homes scheduled for completion in 2010. The extension of the U2 underground line is to follow in 2012. The concept envisages a new centre to the north of the General Motors works complete with a ring road encircling a four hectare artificial lake. The development is to be completed in four phases over 20 years.

A guideline project was completed by the architect Rüdiger Lainer back in 1995 but not pursued any further due to a lack of local infrastructure.
However the basic parameters have altered considerably since then, and in February 2006 a master plan was commissioned from the Swedish planners Tovatt Architects & Planners (formerly Erskine-Tovatt) and the German project development office N+ Objektmanagement GmbH under Prof. Dr. Bernd Nentwig (Bauhaus University Weimar, Institut für Europäische Urbanistik).

The concept behind the plans by the Swedish-German team has been discussed amid controversy in specialist circles. With the presentation of the master plan, the role it is to play and an outline of further proceedings in the planning and conversion processes are to be introduced to a broader interested public, providing an opportunity to participate in this ongoing debate.

Impressions from the panel discussion at the Architekturzentrum Wien. 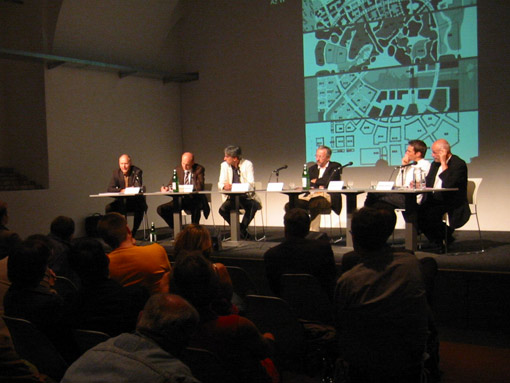 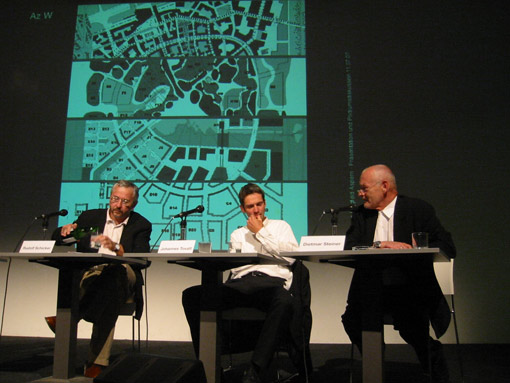 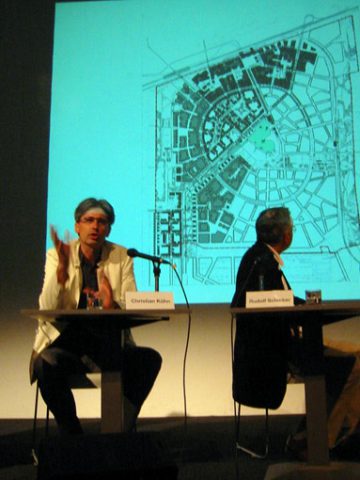