"It is completely logical that private land ownership does not make sense in economic terms, either, as it creates no value."

Dietmar Steiner said the above in his usual pithy manner during an interview he gave in 2018 for the film Ein Ort, der Gold wert ist (a place worth its weight in gold) by Karoline Mayer, while it is also very apt to the current Az W exhibition ‘Land for Us All’. This was to be his last interview. Steiner, who was director of the Az W from 1993 to 2016, was never at a loss for critical analyses, and his texts and statements continue to fuel debate to this day. 15.05.2021 will be the first anniversary of his death, and since a large commemorative event, as we had actually planned, will probably not be possible, we would like to use his words here once again on the issue of land:

“The developers, the architects, the construction companies, everyone involved in building is at odds for one reason alone: because the price of land is so high. Interestingly, 15-20 years ago the real price driver in housing construction …was interest rates. Now that interest rates are at zero, it’s all about the land. So there are these communicating vessels where money is always left without anybody knowing why.”

“And then you come to the conclusion that as is already stated in the Bible, the soil is only on loan from God. In an article by Hans-Jochen Vogl, I discovered that the Bavarian constitution contains the following: ‘Any increase of the value of the land which arises without special effort or capital expenditure of the owner shall be utilized for the general public.’ That’s what it says in the Constitution of the Free State of Bavaria, and it’s also completely logical.” 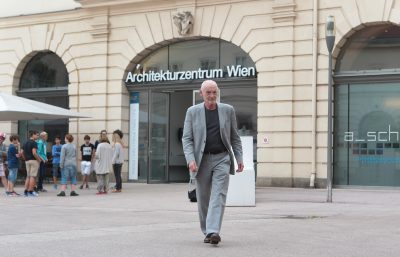 (Excerpts translated from an interview by Karoline Mayer with Dietmar Steiner on 30.11.2018.)