On 1 January 2017 Angelika Fitz took over as the new director of the Architekturzentrum Wien. She intends to build on the Architekturzentrum Wien’s particular DNA, which always enquires into the social dimension of architecture, while also enhancing the programme of the Az W. Core to this new orientation is the question ‘What can architecture do?’ ‘Can’ here primarily suggests a recovery of the capacity to be proactive. What can architecture contribute in the face of current socio-political challenges? The preoccupation with a ‘built equality of distribution’, questions about living together in an increasingly diverse society, as well as the recurring issue of the sustainable treatment of resources are the core issues for her work in the future.

The programme for 2017 offers new impulses for all three focal issues: the young British stars Assemble develop prototype projects for new ways that communal, spatially innovative, environmentally friendly and sustainable building could look. With its contribution to the Vienna Biennale, the Az W leaves its MuseumsQuartier premises and moves into the urban space. Under the title ‘Care + Repair’, a public workspace is created in one of the most exciting urban development zones in Vienna, the former Nordbahnhof grounds. With the pop-up exhibition ‘Actopolis’ the Az W provides a stage for protagonists from southeast Europe: How have local urban communities changed following the events in Gezi Park in Istanbul, on Syntagma Square in Athens, or following the opening and closing of the Balkan route, and what can we learn from this? In autumn 2017 the Az W looks behind the scenes of architecture production — ‘Form Follows Paragraph’ is the provocative title of the show, which is intended to spark a broad discussion on building legislation, minimum standards and standardisation, but also a fundamental discussion of the full-cover insurance based society.

What can Architecture do?

What can Architecture do? — this question addresses us all! The Az W is not only to outline the central issues involved in this key question, but also to develop new formats to engage with it. The aim is to have a museum that not only mediates knowledge but also manifests itself as a place for sharing knowledge. The inclusion of the architecture-users’ perspective has a central role to play in this process, forging a link between professional circles and a broad public. The extensive range of events and educational activities for all age groups contributes to a deep-rooted appreciation of architecture with over 500 events, excursions and workshops per year. Parallel to these events, the Az W continues to conserve, research and update the nation’s architectural heritage. The house’s reputation for high scientific and academic standards has, in recent years, moved many Austrian architects of the 20th century to entrust donations or bequests from their estates to the Az W. This unique collection is to feature in regular presentations using the newly developed ‘SammlungsLab’ format.

ASSEMBLE. HOW WE BUILD

How we build, how things are made and materials assemble are crucial elements which show a society’s social, economic and political condition. The work of the London-based collective Assemble engages with changes in these conditions through collaborative action. The members of Assemble established the collective in 2010 following completion of their studies at Cambridge University, and 5 years later they were awarded the Turner Prize, Europe’s most prestigeous prize for contemporary art. Their projects move seamlessly between architecture, the public and urban planning processes. Assemble are masters in the development of participatory approaches that usually run through all phases of a project, right up to the realisation of the work and beyond. The result is a unique combination of social activation, poetic spaces and economic sustainability. Their projects are prototypes for different ways societies can build.

The Architekturzentrum Wien presents a worldwide premiere with the first overview of the work of Assemble. Eleven selected projects demonstrate the breadth of their work — from realised architecture projects, via furniture designs, to urban interventions. They depart from the classical paths of mediation for architecture and undertake an artistic re-reading of each project. In addition, a concrete relationship is established in the exhibition between Assemble’s approach and architecture production in Vienna. During preparations for the exhibition a cooperation with Vienna University of Technology has established a visiting professor’s post — the results of these processes flow into the exhibition in spring 2017. What can Vienna learn from Assemble? The exhibition clearly shows new directions that the work of Assemble opens for the future of architecture.

CARE + REPAIR in context of the Vienna Biennale 2017

An Architekturzentrum Wien public workspace for the Vienna Biennale 2017: Robots. Work. Our Future.

Under the title Care + Repair, the contribution of the Architekturzentrum Wien to the Vienna Biennale is premised on care and repair as key strategies for positive change. This is also true for upcoming urban developments in Vienna. What are the new constellations of participants and the new practices needed to repair the future? The two curators Angelika Fitz and Elke Krasny are establishing a public workspace in a current urban transformation zone, namely on the grounds of the former Nordbahnhof in Vienna, in order to pursue these issues. Working in tandem with local initiatives, international architects and urbanists develop concrete proposals for a new Care + Repair Urbanism. A growing exhibition held on location shows the processes involved and the results. Under the condition of digital modernity and the crisis of the welfare state, Care + Repair is considered a perspective on society as a whole based upon efforts to care for and repair our world.

ACTOPOLIS. THE ART OF ACTION

Traditionally democratic institutions are in crisis, while, at the latest since Occupy, Gezi Park or Syntagma Square, urban civil society has been on the move. Calls are growing louder and more intense for a quality of life beyond austerity policies, for a diverse media with journalists worthy of the name, for common experiences not defined by separation. ‘ACTOPOLIS — The Art of Action’ establishes a transnational testing ground for urban alternatives. ACTOPOLIS brings together architects, urbanists and activists from Ankara/Mardin, Athens, Belgrade, Bucharest, Sarejevo and Zagreb in a shared production laboratory. The vision behind, and the concrete aim of ACTOPOLIS is not the staging of one major event but the passing on of experience and the joint development of urban tools. The results of a three year collaboration are presented in an exhibition that is itself intended to become a public space for debate and co-production.

A cooperation with the Goethe-Institut and Urbane Künste Ruhr.

With the exhibition ‘Form Follows Paragraph’, the Az W is focusing on the issue of the impact of building regulations and standards on architecture. The view behind the scenes has an architecture historical dimension: Would the baroque diversity of Vienna, the elegance of Otto Wagner’s Stadtbahn stations, or the staircase solutions of Adolf Loos have been possible under the current regulations? On the other hand, current demographic developments are posing new challenges for architecture, including with regards to the affordability of living space. What changes in the regulations would help architects, the building sector, the state subsidy system and, above all, prospective occupants to achieve the ‘maximum minimum’ for everybody? What rules does society need because they protect public interest, facilitate communal life, or to safeguard our lives? Which regulations are excessive, contradictory or to protect only specific interests? The exhibition aims to use clear examples to spark off a broad public discussion on the subject.

From 2017 the Az W is developing a new format for showing the extensive stocks of the Az W collection, placing original material in a contemporary context once or twice per year. The SammlungLab is conceived as a testing ground for an experimental and future-oriented handling of the architectural heritage, and in preparation for a permanent presentation of the architecture collection.

Since the design of the Terrassenhaus by Adolf Loos in 1923 and to this day, this type of development is regarded in Vienna as an innovative form of urban housing. In SammlungsLab, a study is undertaken of this type of stepped section building, its phases of development and current relevance. Also pursued is the question of whether this is in fact a specifically local housing concept. Interest in this type of development appears unbroken. The Terrassenhaus meets users’ current demand for a closeness to nature in combination with an urban lifestyle, while opening up new formal possibilities for architects to reinterpret the closed housing block. The current validity of stepped section housing in a range of urban contexts is pursued on the basis of historical and contemporary examples.

A_SHOW. AUSTRIAN ARCHITECTURE IN THE 20TH AND 21ST CENTURIES

The ‘a_show’ provides a comprehensive overview of the development and history of the architecture of the 20th and 21st centuries in Austria. The Az W presents 150 years of remarkable architecture history in one compact exhibition. Around 170 architects are presented in all their complexity and diversity on 300 square metres. The ‘a_show’ Kids Corner invites small and big visitors alike to linger and to appreciate architecture using all of their senses.

EVENTS / LEARNING / EXCURSIONS
Wednesdays are a fixture for regular events at the Az W: lectures, panel discussions and project reports are held to accompany exhibitions, grouped thematically during the exhibitions concerned, or in reaction to current events. Symposiums provide a condensed opportunity for a differentiated engagement with architecturally relevant topics. In the last year, 28 successful events were organised in various formats. Current schedule: Events

The key objective of the Architekturzentrum Wien is to provide varied, hands-on architecture mediation for children, youths and adults. The in-house educational department develops a range of events fine-tuned to meet the needs of different age groups and interests for almost every exhibition. Over 429 guided tours and workshops were held in 2016. In 2017 too, with a multitude of cooperations, city expeditions, workshops and guided tours, the Az W is forging a link between the professional world and everyday experience. Current information and schedule: Education

On selected days the Az W offers regular visits to construction sites, excursions by coach and themed walks. The Az W on Site format enables participants to encounter key buildings and their architects first-hand, providing a platform for engaging with current and historical themes on the actual sites concerned. In 2016, 19 Az W on Site visits were on offer, spread throughout the year on Fridays, Saturdays or Sundays. Last year Az W Tours organised and carried out a total of 72 group guided tours, requested by the most varied of national and international architecture offices, universities, companies, institutions and private individuals. Current information and schedule details 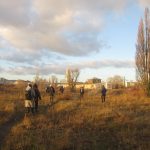 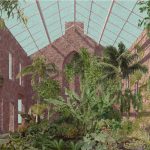 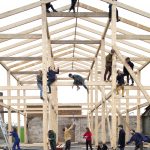 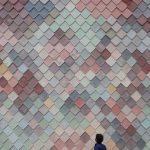 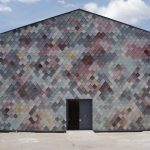 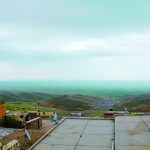 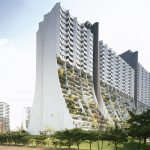 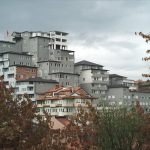 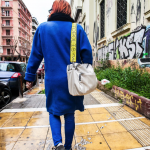 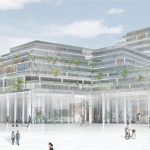 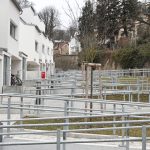 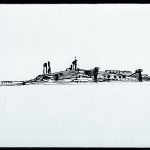 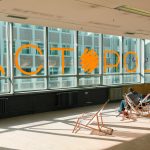