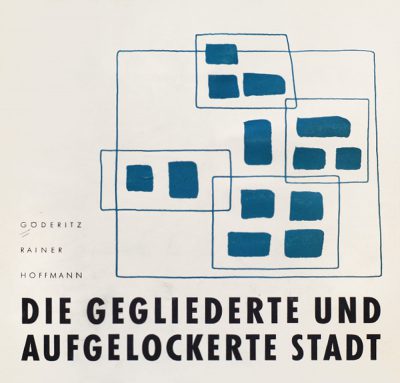 Roland Rainer was one of the best-known architects and urban planners of post-war modernism in Austria. The Stadthalle in Vienna (1958), the Puchenau housing estate near Linz (1965-2000) and the ORF Centre in Vienna (1968-1974) are among his buildings. It is less well known that he went to Berlin as early as 1936, two years before Austria’s “Anschluss” to the National Socialist German Reich in 1938, and placed himself in the service of the German Academy for Urban Development, Reich and Regional Planning (DASRL), which was practically and theoretically subordinate to Albert Speer, the General Building Inspector for the Reich capital. Consequently, he was integrated into the National Socialist system not only through his early membership in the NSDAP, but also through his practice, hardly just through opportunism. In fact, he already developed his central theories on urban planning and architecture in the early 1940s at the DASRL. During this period, he conceived and wrote, together with his colleagues Johannes Göderitz and Hubert Hofmann, the first version of Die gegliederte und aufgelockerte Stadt, which was published in 1945 and became a standard work in German-speaking countries in its second version of 1957.

This writing contains something typical for its time: it criticises the modern, densely populated city, it pleads for a garden city model in which living, working, traffic and leisure are disentangled and people live “at ground level”. Only in the first version is this living “folk-biologically” propagated as the right way of living. Racist dictions like this are no longer found in the second version of 1957. But has the concept changed significantly as a result?

The research project, a collaboration between the Academy of Fine Arts Vienna (where Rainer taught as a professor) and the Architekturzentrum Wien (where Rainer’s estate is located), will be dedicated to investigating this question in two ways. On the one hand, Rainer’s historical development as a modernist architect will be examined in more detail for the first time; this includes his time as a student at the Vienna University of Technology in the 1920s. On the other hand, a current reassessment of the “ambivalence of architectural modernism” itself will be possible via Rainer’s concrete biography. Especially in the context of recent research on colonialism and racism in modern architecture, the question of the inherent biopolitics of garden city models can become substantial with the analysis of Rainer’s work. To this end, the “articulated and loosened city” as described by Rainer will be sketched for the first time and compared with other urban planning models. In addition, the complete estate will be reviewed and evaluated, and further material on Rainer will be excavated and analysed in archives in Germany, Poland and the Czech Republic. In this way, Rainer’s work is placed in a differentiated and well-founded context. 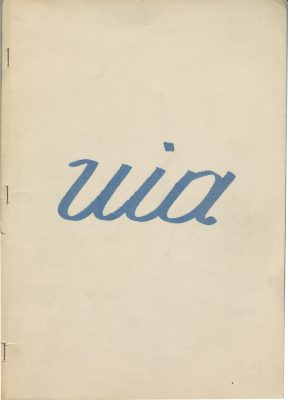 The research project investigates transnational knowledge exchange in the field of school construction between Austria, Slovenia and the GDR after 1945. In the period after World War II, a profound change in the school system is emerging. This later so-called “awakening to the educational society” was accompanied by a new conception of school buildings. Instead of large, self-contained, multi-story school buildings, low, pavilion-like school buildings were erected amid green spaces.

In 1951, the School Building Commission was established within the Union Internationale des Architectes (UIA), which focused on the international exchange on design and technical solutions for school buildings. Through comparative studies in the global North and South, overarching principles for school construction and design were established and communicated by the Commission’s delegates in their respective national contexts. The research project examines the functioning of the UIA School Construction Commission to gain insights into the collaboratively organized production of school space. Focusing on the three UIA member states Austria, the German Democratic Republic, and Slovenia (part of Yugoslavia in the post-war period), the main construction methods and the processes of standardization and norming as well as the central actors in the respective countries and their exchange among each other are analyzed.

Communities of Tacit Knowledge: Architecture and its Ways of Knowing

‘TACK / Communities of Tacit Knowledge: Architecture and its Ways of Knowing’ is a newly funded Innovative Training Network, as part of the Marie Sklodowska-Curie Actions within the European Framework Program Horizon 2020. It trains young researchers in understanding the specific knowledge that architects use when designing buildings and cities. TACK gathers ten major academic institutions, three leading cultural architectural institutions as well as nine distinguished architecture design offices. Collaboratively these partners offer an innovative PhD training program on the nature of tacit knowledge in architecture, resulting in ten parallel PhD projects. 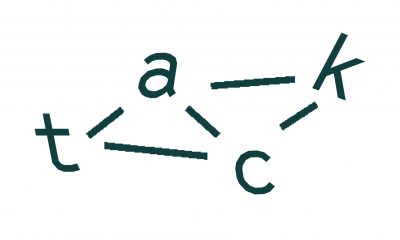 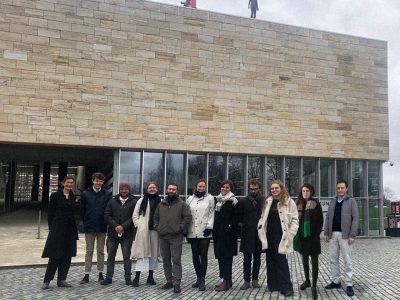 Design projects commonly emerge from collaborations between designers, makers (builders, crafts(wo)men etc.), clients and a variety of experts, including social scientists, commercial, economic or technical advisors, critics and heritage consultants. This extended design team is thus composed of individuals with various backgrounds, different professional assumptions and varying perspectives of expertise. Architecture operates at the intersection of knowledge domains (arts, humanities, social sciences, applied technology) and has the capacity to create new solutions and perspectives based on its inherently synergetic knowledge production. So, architectural designs are the result of complex and occasionally conflicting sets of requirements that can only be reconciled through processes of negotiation between different disciplines and different fields of knowledge. These negotiations imply forms of synergetic thinking, which often rely on implicit common understandings, or tacit knowledge.

Tacit knowledge may be embedded in the relations between people, and is specific to particular historical developments and traditions. Tacit knowledge often results from the personal experience of making and thinking and therefore connects intellectual and practical work. It produces knowledge that is embedded in a community. As tacit knowledge is an essential element of the heuristic methods of knowledge production in the field of design it also contains a significant potential of absorbing and responding to change. Tacit knowledge offers designers highly relevant instruments for dealing with constantly fluctuating conditions and a set of complex and apparently contradictory requirements. 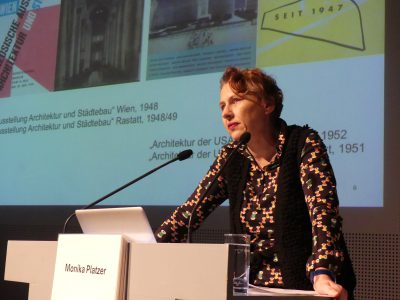 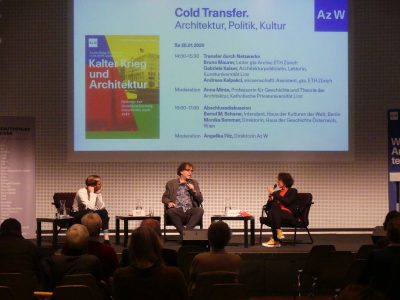 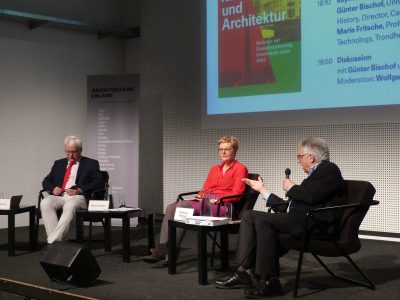 The aim of this international research project is to undertake an interdisciplinary recontextualisation of the narrative of the postwar architectural history in the three countries with regard to the global issues of the time.

In Austria and Germany the architecture of the postwar years was encountered with scepticism in many places. This position of rejection is not only founded in the moral implications of the politics of the era of rebuilding, but also in a modernity misunderstood as technology led mass production. There was a close relationship to Switzerland due to the geographic proximity, the shared language, the residency of Austrian and German groups of resistance during the war years and the long years of connection between international interest groups like the Werkbund and the CIAM (Congrès Internationaux d’Architecture Moderne), onto which could have been built directly after 1945. The Swiss colleagues as well as their specialist media created a door to the rest of the world for the two neighbouring countries. At the same time, the three countries shared that they were searching for a new cultural/political identity that led to a national reorientation under the direction of the Allies. The ‘perpetrator nation’ Germany sought a radical break with its Nazi past, Austria’s claim to ‘victim status’ was to soften the political and economic consequences of the war and ‘neutral’ Switzerland was making efforts to emerge from its isolated situation.

From 24 to 26.1.2020, an international symposium was held at the Az W, under the title Cold Transfer. Architecture, Politics, Culture. Germany — Austria — Switzerland after 1945, to look at and compare practise in the building sector and the socio-political conditions in the three countries. The symposium was a cooperation by the Az W with the Austrian Marshall Plan Foundation.

A cooperation between the Architekturzentrum Wien and Vienna University of Technology 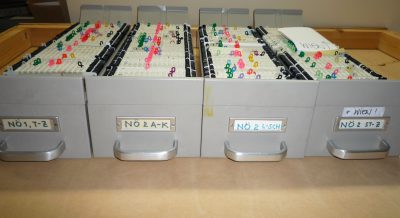 Over 40 years ago Friedrich Achleitner began his ambitious project to make a compilation of Austrian architecture in the 20th century, which was intended to be published in four volumes. He covered thousands of kilometres in its making, took thousands of photographs and wrote his own characteristic texts. His innumerable trips to the original locations have ultimately led to the several volumes of his famous Architekturführer, only the largest federal province of Austria remained unfinished, Lower Austria.

On the initiative of the former Director of the Az W Dietmar Steiner, in 2018 a research project was launched with the goal of publishing an architecture guide to Lower Austria. The book, although inspired by the volumes already in print, was not intended to copy them as neither Achleitner’s working approach nor his writing style should be subjected to imitation with a third visit to the objects concerned.

From January to September 2019, in an intense collaboration with students of Vienna University of Technology, Dietmar Steiner and Margarete Cufer, the 3,758 hand-written index card entries by Friedrich Achleitner, Dietmar Steiner, Margarethe Cufer and Margarethe Heuberger-Sentobe were completely digitised and transferred to the Az W digital database. The 875 strips of negatives with 5,250 individual black and white images of the objects documented by Achleitner have now also been digitised, identified and added to the index card entries.

At the same time, a digital database with the 764 objects from the ORTE Architekturnetzwerk NÖ and the Führer St. Pölten guides to the relevant architectural landscape has been recently updated and extended by Otto Kapfinger. Subsequent steps are also already making progress: the first short films on the key participants in the planning processes, such as Franz Fehringer and Norbert Steiner, are in production.

The project is supported by: FORUM MORGEN. 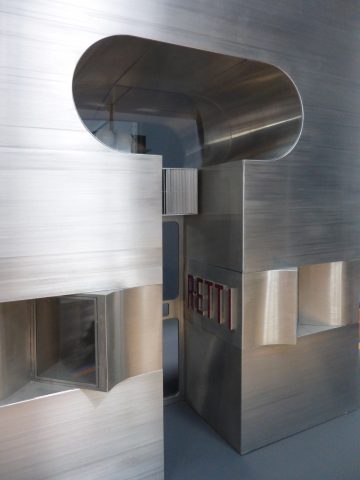 “For sixty years Hans Hollein has been the most influential and internationally significant architect from Austria. No other Austrian architect has contributed to a similar extent to the international debate and the development of architecture.“ (Dietmar Steiner, former Director Architekturzentrum Wien)

In 2016 the Republic of Austria acquired the Hans Hollein Archive, the most important and comprehensive estate relating to the history of Austrian architecture in the 20th century. This archive was taken over by the MAK – Museum für angewandte Kunst –and transferred to the Architekturzentrum Wien in the form of a permanent loan. This transfer set up a form of cooperation, unique between cultural institutions in Austria, the “Archive Hans Hollein, Az W and MAK, Vienna”. At present the estate, which amount to 300 pallets, is being sorted and inventoried according to museum standards.