The database includes around 1,000 examples of the architecture of post-war modernism in the former Soviet republics. Alongside photographs and plans it also offers detailed information about the projects.

During the many years of preparation for the exhibition “Soviet Modernism 1955–1991. Unknown Stories” (2012) the Architekturzentrum Wien moved beyond the clichés of a standardized Soviet architecture and researched the particular regional characteristics of architecture in the non-Russian Soviet republics, which developed during the time of the “Thaw” up until “Perestroika”.

The research project changed the history of reception as determined by Russia and turned the focus on the special characteristics of building activity in Armenia, Azerbaijan, Estonia, Georgia, Kazakhstan, Kyrgyzstan, Latvia, Lithuania, Moldova, Tajikistan, Turkmenistan, Ukraine, Uzbekistan and Belarus. 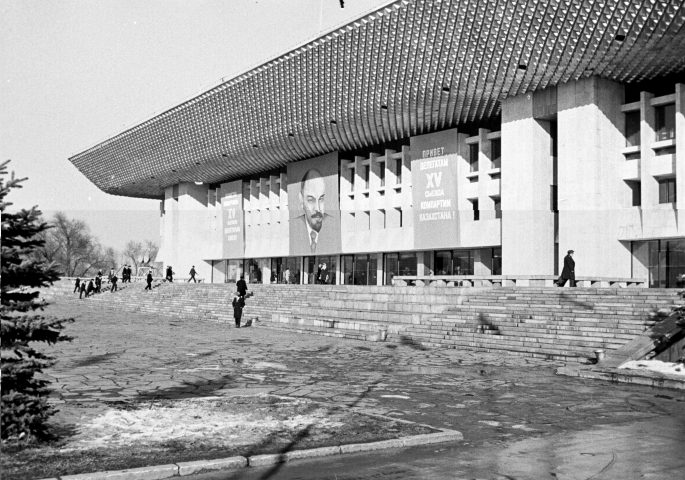 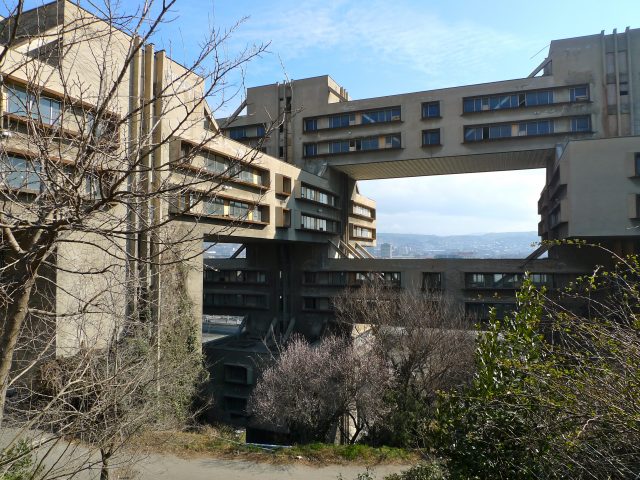 The database serves the international network of experts as a research basis and also gives a broad public a comprehensive insight into the architecture of these countries. Many of the buildings still await discovery by architectural historians and are in serious danger of demolition or have already disappeared. Consequently the database is an important instrument that helps to increase the visibility of these buildings which, as yet, have received little recognition. If you have any information that could help us further we look forward to hearing from you!