“I wanted to make a school where the less pleasant aspects always conspicuous in schools are not immediately apparent.” (Helmut Richter)

The school building, ground-breaking in its architectural conception and demanding in terms of construction, was completed in 1994. Giant dragonfly wings stretch to the south like two wedge-shaped volumes made of glistening blue glass along a main axis with east-west orientation. The entrance hall is housed in the smaller of these and the gym in the larger one. This main axis acts as a spine from which extend three elongated buildings incorporating the classrooms as well as shared facilities and special areas. Richter’s uncompromising approach in the planning of technologically advanced buildings is entirely unequivocal here. In accordance with Le Corbusier’s statement that everybody has the right to daylight, glass is the dominant element here — as it is in all of Richter’s work. Since, in Richter’s words, “dirty glass is more transparent than concrete.” 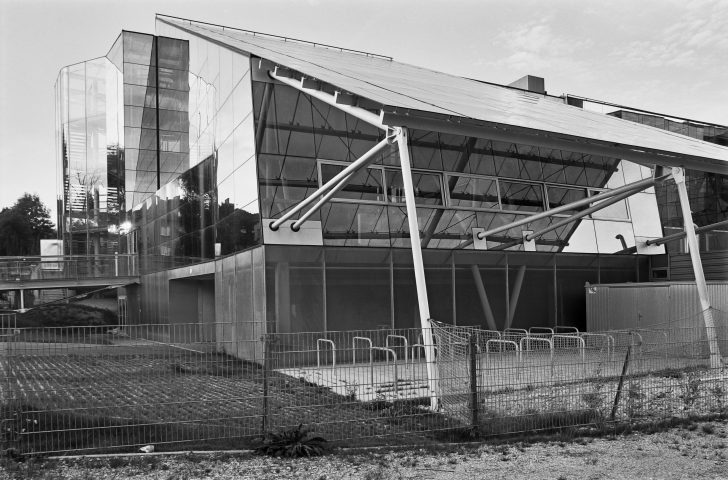 For several years the building, currently used as a computer sciences college, has been criticised for its structural defects. Although many of these defects are due to the fact that a number of Richter’s innovative technical solutions were not realised for budgetary reasons — such as the planned photovoltaic system on the two large glass roofs, which would have provided energy and shade for the halls beneath. In Autumn 2017 the college moved to a temporary substitute building. An appraisal of the statics is currently underway, to be followed by an economic analysis. The cost of renovation is to be compared with the cost of a new building. It is to be hoped that in the case of this architectural icon other criteria will be taken into consideration than purely economic ones. 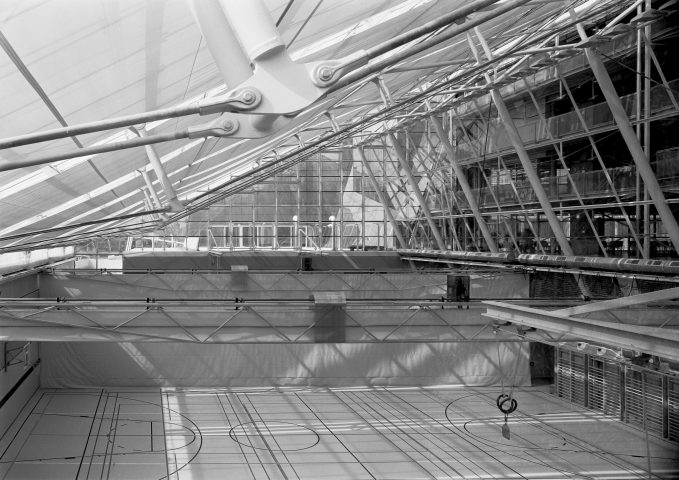